Contaminants impossible to remove in the chemical treatment before the process of hot-dip galvanizing need to be removed by the Client before delivery. The following list presents the most common contaminants unremovable in degreasing and pickling:

Noticing some defects and contaminants on the surface which make proper anti-corrosion protecion impossible cannot be performed before the final stage - galvanizing.

If the contaminants listed above are not removed, while galvanizing the coating can be stretched or may not be formed at all. 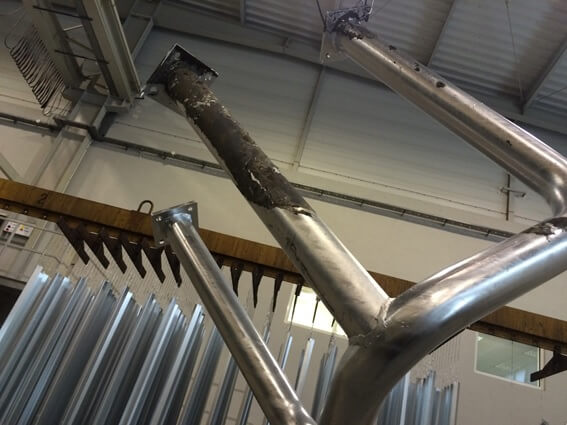